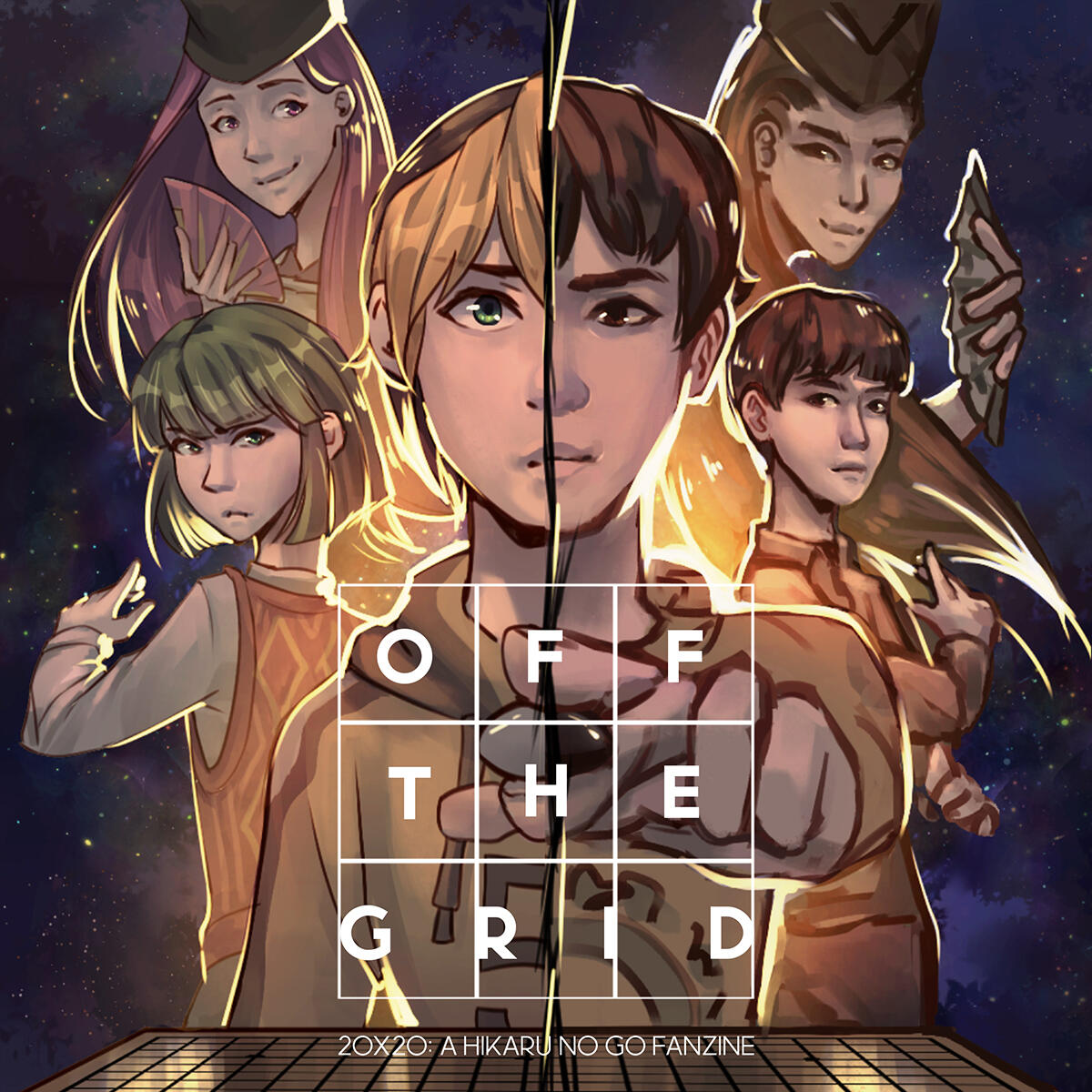 A free digital fanzine celebrating the 20th and 1st anniversaries of the "Hikaru no Go" anime and "Qi Hun" web drama. The 20x20 Zine wishes to commemorate the HikaGo series with everyone in the community.

20x20 is a digital zine celebrating the Hikaru no Go [ヒカルの碁] series with a compilation of artworks and short stories. The title format itself is inspired by typical Goban sizes (9x9, 13x13, 19x19, etc.).

INITIAL CONCEPT & THEME
As this zine was born from nostalgia, the main concept revolves around recollection. Embracing one of HikaGo’s themes of “connecting the past and the future.”

The title follows the naming of standard Goban sizes. Contents are then divided into timelines, identified by a specific grid size. (Plus Komi for the people who can get the logic behind choosing our Goban grid size!)

This will be further elaborated and improved while the application period is ongoing.

Having met each other in another zine, Jo reached out to Ankh and Yuzu for help with starting this zine! (Help us, we’re being held by Jo’s spirit) Get to learn more about them in this section!

Our head mod is a long-time fan of HikaGo, which inspired her to take up art and drawing (although she never did learn how to play Go). Specializing in design and promotions, her previous experiences include modding for the Usual Suspects Zine and dealing with corporate.

A "full time clown", a quote directly from them, they're in charge of copywriting announcements & social media posts (hello!) as well as beta-reading written submissions. Specialising in bad puns and staying up way past their bedtime, they're new to the HikaGo series and would love to know more about it!

Current Quote: "I know nothing about Go, but hopefully my jokes go somewhere."

Our most experienced mod, Yuzu is our go-to adviser and art mod who has a deep love for sports anime and the great passion that goes along with it! They're really excited to be part of this celebratory project and they're eager to learn more about HikaGo!